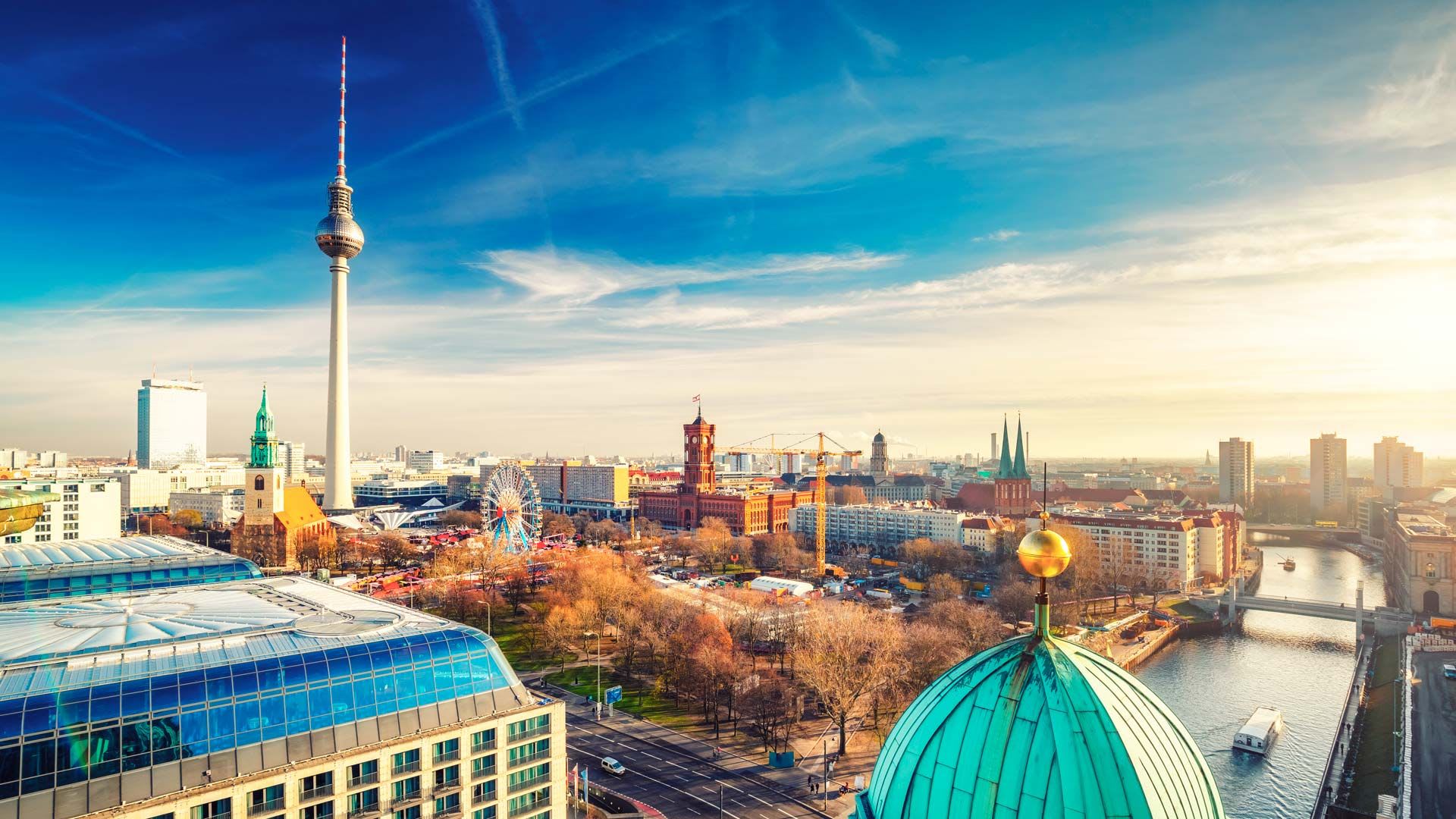 At the intersection of history and innovation, where upscale meets urban

Penthouses Berlin-Mitte is set against an extraordinary backdrop. This is where the turbulence of the past meets the challenges of the present and an exciting vision of the future. What was once a no man’s land in the shadow of the Berlin Wall is today an upscale residential neighborhood, setting new standards of comfort and quality. And all this at the intersection of two of Berlin’s most vibrant districts, Mitte and Kreuzberg: the highest quality on the one hand, the best of contemporary cool on the other.

In no other German city does new urban development offer such exciting opportunities as in Berlin. After all, the Berlin Wall divided the city for almost three decades and the no man’s land that traced the snaking path of the former wall has had a lasting impact on the city’s built environment. In recent years, these unexploited plots of land have been progressively developed. On Alte Jakobstrasse, on the corner of Stallschreiberstrasse, on the border between Mitte and Kreuzberg, a particularly large-scale plot is now home to a number of newly built residential buildings – one of the last major neighborhood developments along the route of the former Wall. With completion fast approaching, the development’s final residents are due to move into their new homes before the end of 2020.

And there’s no doubt: this is a truly major urban planning achievement and is delivering desperately needed living space in an attractive, central location. When it comes to housing, official figures suggest that Berlin will need an additional 20,000 apartments by 2021 to satisfy projected housing needs.

The best of two worlds

Before the Wall, this was already a well-established residential neighborhood. The stunning new apartment and condominium buildings are restoring the area to its historic roots and ensuring that the districts of Mitte and Kreuzberg can now grow together again. In essence, the best of two worlds are being combined here. On the one hand, Berlin-Mitte: elegant, cosmopolitan, and home to many of Berlin’s leading sights and destinations. The district is not only Berlin’s No. 1 tourist hotspot, but also home to outstanding Michelin-starred restaurants and world-renowned cultural highlights, including Museum Island and a host of concert halls. Every time you drive through Mitte, it feels like a little sightseeing tour.
On the other hand, Berlin-Kreuzberg: hip, multicultural and a popular base for start-up entrepreneurs. The district is home to several parks and, being so close to the water, Kreuzberg is extremely livable.
Penthouses Berlin-Mitte is set on the intersection of these two contrasting but perfectly paired districts. On the one side, dignified and sophisticated Mitte, home to the iconic Gendarmenmarkt. And on the other, hip and trendy Kreuzberg, home to many of the most avant garde nightclubs in Berlin. It has never been easier to experience the city in all its facets, including its contrasts and contradictions, than here. The Berlin Wall, the divided city and the 28-year period when crossing the border could be a matter of life or death, have long since been consigned to history. And given the city’s eventful history, it is all the more wonderful, today, to see how well the city has now grown together.

Great furniture ideas for outside

Simple & suitable for any balcony: Create a little piece of paradise with these plants