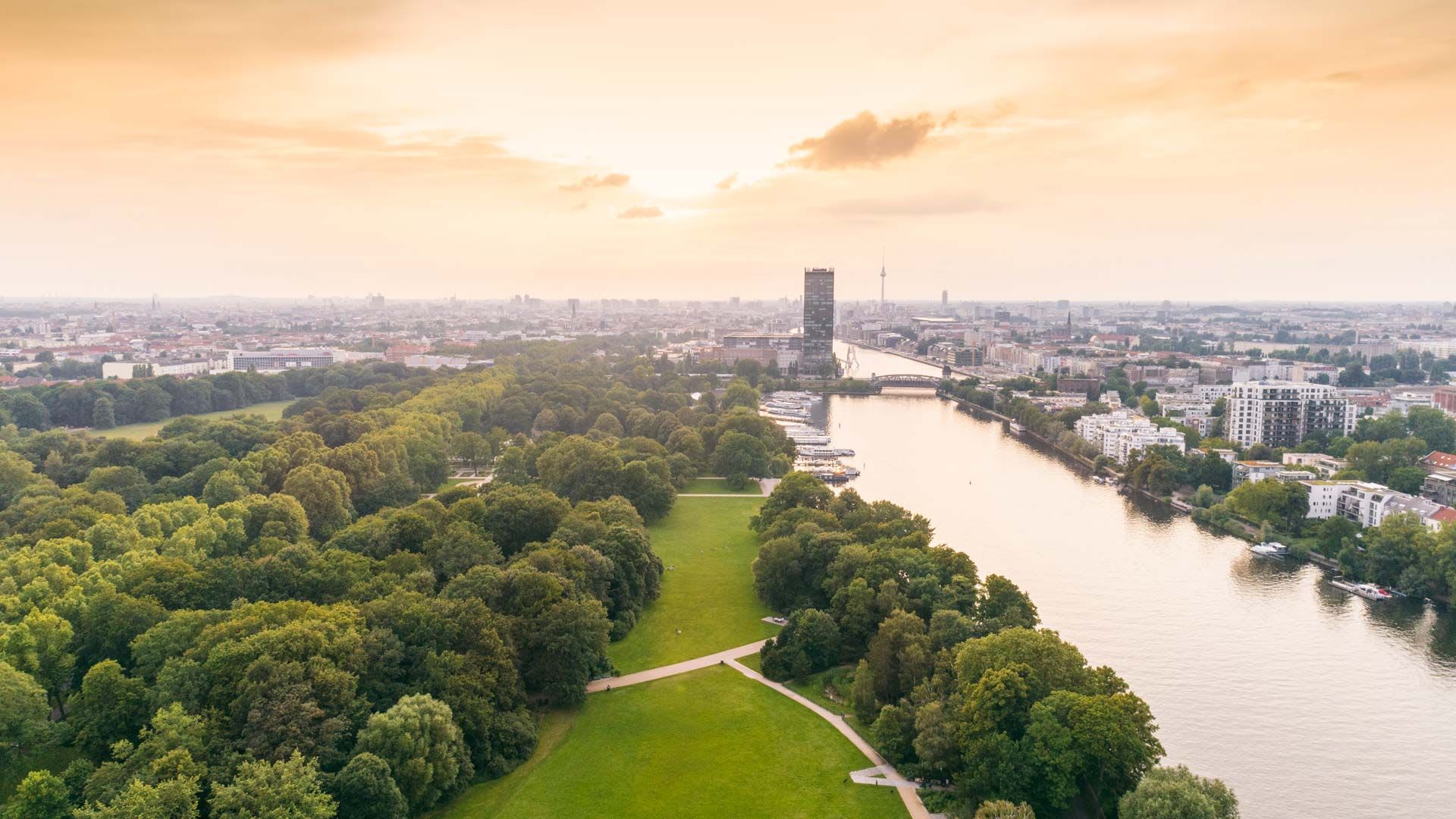 Berlin-Alt-Treptow is in the best of company: Along the southern banks of the Spree River, Alt-Treptow rubs shoulders with three of Berlin’s most sought-after and pulsating districts – Kreuzberg, Friedrichshain and Neukölln. Situated at the heart of this neighborhood triangle, Alt-Treptow has emerged as one of Berlin’s most popular residential districts. This is where vibrant city life and verdant idyll come together to form a perfect symbiosis: Alt-Treptow is among the greenest districts in the German capital, home to Treptower Park, a glorious (and large) green idyll alongside the river that attracts Berliners from near and far not only to its expansive green spaces but also to its incredible views of the water. Alt-Treptow is not only a green oasis, it is also within touching distance of everything that makes Berlin young and hip: stylish nightclubs, sensational restaurants, innovative start-ups and attractive co-working spaces. And it is precisely this combination of being right in the heart of the action and green haven that has established Alt-Treptow as one of Berlin’s most popular residential areas. More than perhaps any other part of Berlin, Alt-Treptow proves that urban living and bucolic nature are by no means mutually exclusive. Wherever you look, the district’s East German past is still very much in evidence. The former amusement park, Spreepark, in the Plänterwald forest is a true Mecca for anyone hungry for discovery. Once East Germany’s only amusement park, Spreepark has become an enchanted place, left to return to nature. The park opened in 1969 to mark East Germany’s 20th anniversary. The park’s main attraction was its soaring Ferris wheel, which also became one of the most iconic landmarks in the entire district. In its heyday, 1.7 million people visited the amusement park every year. After the fall of the Berlin Wall, the park, a former East German state-owned enterprise, was leased to the showman Norbert Witte. What happened next is a story no crime writer could have written better: Norbert Witte went bankrupt and left Germany rather abruptly, taking several of the park’s rides with him to Peru. He then tried to smuggle cocaine from Peru to Germany in the mast of the Flying Carpet ride, which earned him an extended prison sentence in 2004. Since 2002, Spreepark has been closed to the public and is only open for guided tours. More recently, the state of Berlin reacquired the site and is planning the park’s revival. Where Berlin comes to relax

Treptower Park is far more than just a park. In addition to the huge green spaces you would expect in a major city park, Treptower Park also offers visitors an authentic riverside landscape. Insel der Jugend, a small island in the middle of the Spree that you can reach by crossing an old bridge called the Abteibrücke, the oldest reinforced concrete bridge in Germany. Treptower Park’s many attractions also include the Soviet Memorial, the largest of its kind in Germany. Then there’s the Zenner Inn, the Archenhold Observatory and the Summer Flower Garden. There is even a landing pier for steamboats.

A district comes to life

Back when Berlin was a divided city, Alt-Treptow lived in the shadow of the Berlin Wall. After reunification, however, former military buildings were renovated and repurposed and exciting new buildings were developed, including Treptowers, which, soaring 125 meters above the city, became a landmark on the banks of the Spree River. Outside the building, the three 35-meter tall figures of one of Berlin’s most iconic sculptures, “Molecule Men,” rise out of the river to symbolize the intersection of the three districts Kreuzberg, Friedrichshain and Treptow. 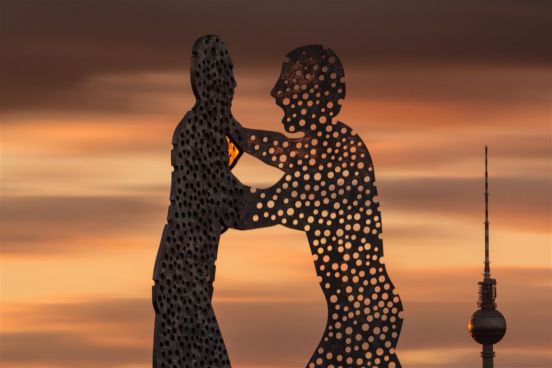 Alt-Treptow has become a fashionable residential neighborhood. With the number of people living in the area rising steadily, several major companies, including Siemens and the Federal Criminal Police Office, have set up bases here. And when the day’s work is done, it is only a stone’s throw to some of the city’s most famous (and infamous) nightclubs – Badeschiff, Wilde Renate and Club der Visionäre.