Gateway to the World

Our Developments in Hamburg

Gate to the World

With over 1.8 million inhabitants, Hamburg is the second largest city in Germany after Berlin. The metropolitan region comprises over 5 million inhabitants with an additional 300,000 commuters. Hamburg is a growing city with a projected population growth of about 3.5 % per year until 2030.Hamburg is considered the gateway to the world due to its port, which is one of the most important in Europe. But foreign trade, international service providers such as banks, insurance companies, logistics companies, media experts and legal and tax consulting firms also contribute to this reputation. Hamburg consistently achieves top positions in location rankings and scores equally well in terms of quality of life. Among the largest companies in Hamburg are Airbus, Lufthansa, Asklepios Kliniken, Beiersdorf, Hamburger Hochbahn and Otto Group. The city centre is growing steadily and offers space for working and living. HafenCity is the largest inner-city development project in Europe: a completely new district on an area of 157 hectares. 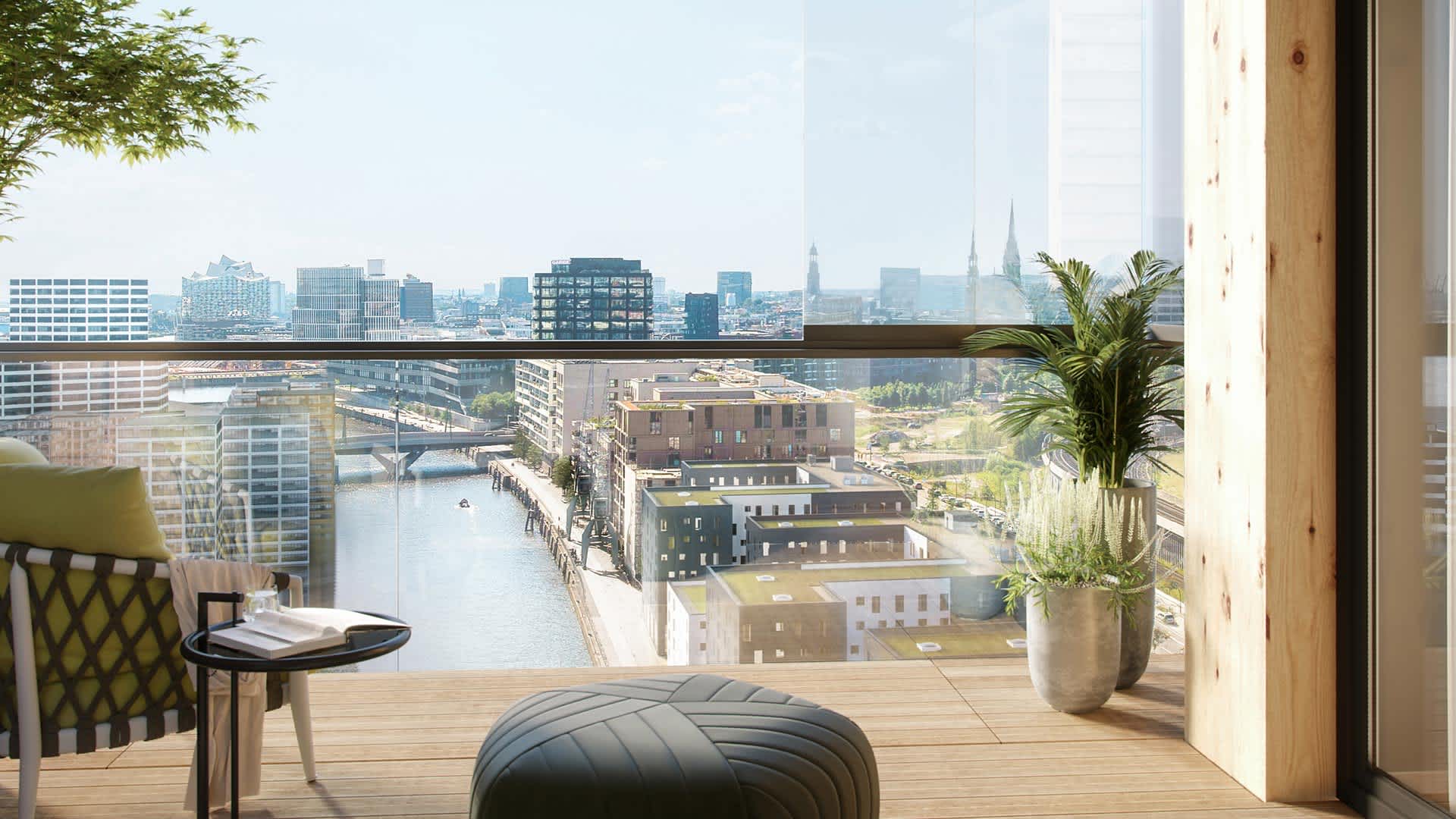 Apartments for Sale in Hamburg

We have an attractive selection of high-quality condominiums in Hamburg for both investors and owner-occupiers. Our portfolio includes Germany’s tallest wooden high-rise residential building in the heart of Hafencity. The trend in real estate prices in Hamburg speaks for itself: in the second half of 2019, for example, asking prices for residential property rose by more than 11%. New-build apartments have even seen prices rise by 14.4% compared to the previous year.